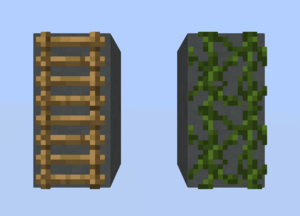 Vines were added in Beta 1.8 and share the same properties. 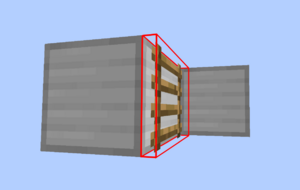 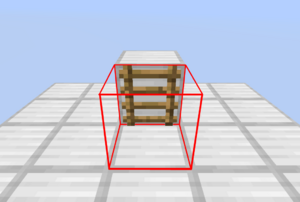 While the Player's coordinates are within a ladder's voxel, vertical movement is affected in two ways:

Ladders also have a few effects on horizontal Movement: