By standing next to an anvil/chest, and by looking at another variant, the player can update the collision box in such a way that there are now considered "inside the block". The same trick can be used to artificially extend the length of the anvil/chest, and manage to stand one or two pixels further than intended. 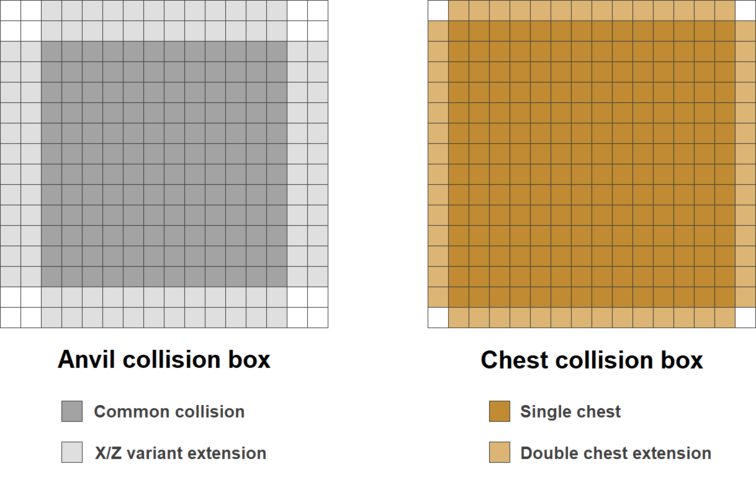 On Singleplayer, the player can usually walk through an or chest once they clip into one.

Retrieved from "https://www.mcpk.wiki/w/index.php?title=Anvil/Chest_Manipulation&oldid=864"
Cookies help us deliver our services. By using our services, you agree to our use of cookies.