Minecraft's collision physics is very simplistic: instead of ray-tracing the collisions, the game simply moves the player sequentially along each axis.

As a reminder, Minecraft's physics is updated 20 ticks per second. The player's movement and collisions are updated once per tick.

A collision box consists of one or multiple bounding boxes, which are simple cuboids define by minimum and maximum X/Y/Z coordinates.

Collisions usually involve an Entity and a Block: entities and blocks typically don't collide among themselves.

Note: a "hitbox" is what the player can click on (e.g. attack an entity, press a button, open a door). It may or may not overlap with the collision box. 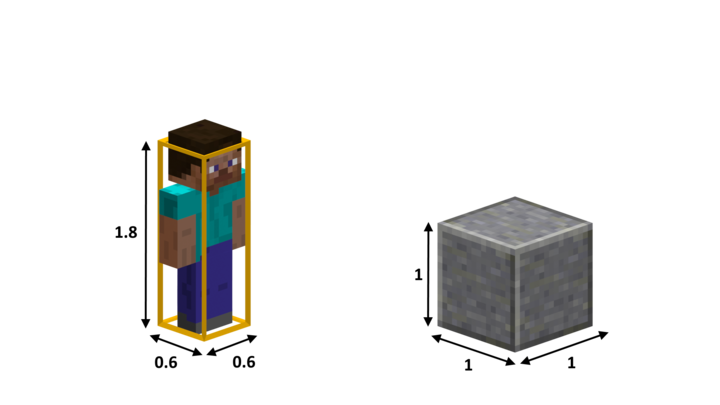 Every tick, after the player's velocity has been updated, the game does these steps to check collisions:

Vertical movement is processed before horizontal movement. Due to this: 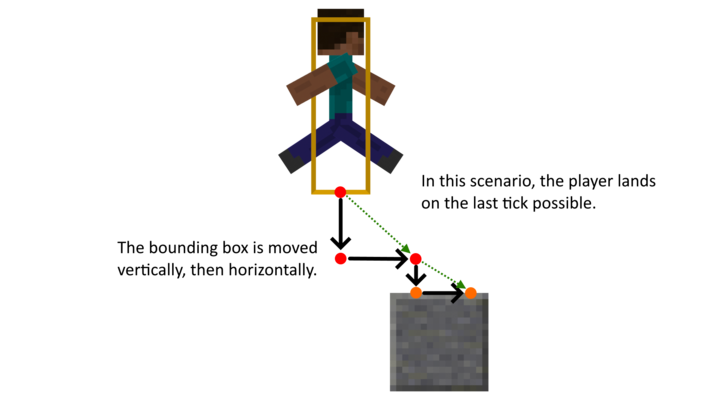 When the player hits a floor or ceiling, their vertical speed is reset to 0.

Due to the X axis being processed before the Z axis, corner collisions don't behave the same depending on the direction.

This phenomenon is especially noticeable with more speed. 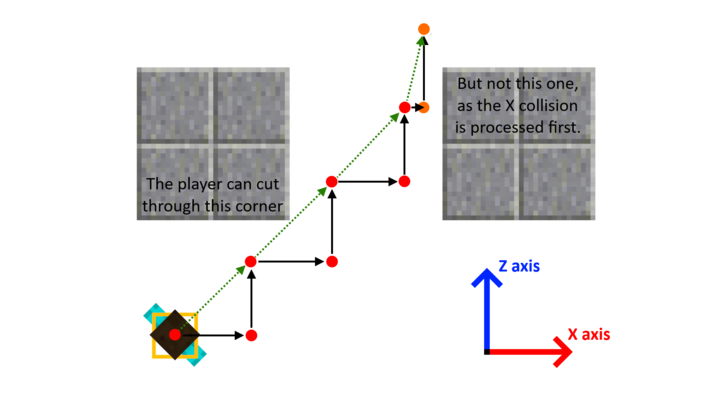 The axis of a jump can be checked with F3.

In 1.14, the collision physics were updated. The collision order now depends on the player's velocity:

In most cases, all collisions now resemble X-facing. Some jumps which involve cutting corners may be very different compared to pre-1.14.

Retrieved from "https://www.mcpk.wiki/w/index.php?title=Collisions&oldid=1001"
Cookies help us deliver our services. By using our services, you agree to our use of cookies.