The player's yaw is a float that keeps track of the player's horizontal rotation. It is unbounded.

Sin() and Cos() source code (from MathHelper):

Half angles are such values, and can be found "between" consecutive angles (hence the name). 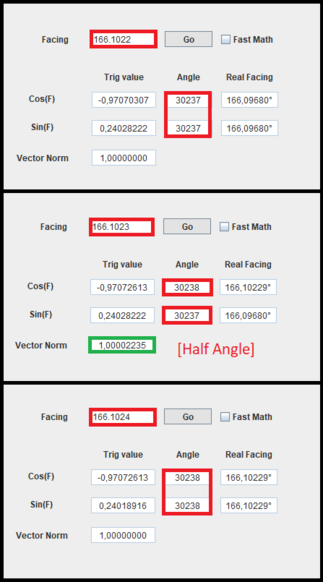 Half angles don't have much use outside of Tool-Assisted Parkour: their effect on jump distance is negligible, and they are hardly usable with real-time mouse movement.

It corresponds to the norm of the unit vector obtained from cos(F) and sin(F). Mathematically, it should always be equal to 1, but that doesn't hold true in this context. 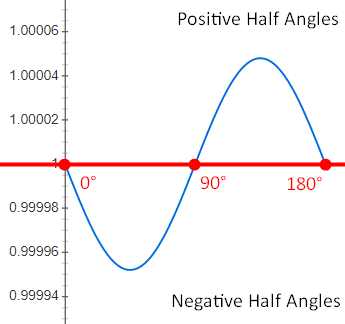 Graph showing the relative effect of Half Angles. A multiplier above 1 indicates a positive half angle.

Note: Fast Math is an Optifine feature that reduces the number of angles to 4096 (

With Fast Math, half angles are fewer in number, but are up to 16x more effective. For example, it makes a no-sprint 3b jump possible with only flat momentum.

Retrieved from "https://www.mcpk.wiki/w/index.php?title=Angles&oldid=1003"
Cookies help us deliver our services. By using our services, you agree to our use of cookies.